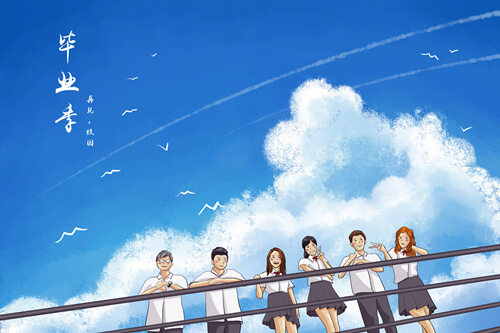 Take a view,the Landscape(风景)Photographer of the Year Award,was the idea of Charlie Waite,one of today's most respected landscape photographers.Each year,the high standard of entries has shown that the Awards are the perfect platform to showcase the very best photography of the British landscape. Take a view is a desirable annual competition for photographers from all corners of the UK and beyond.

Port Lympne Reserve,which runs a breeding(繁育)programme,has welcomed the arrival of a rare black rhino calf(犀牛幼崽). When the tiny creature arrived on January 31.she became the 40th black rhino to be born at the reserve.And officials at Port Lympne were delighted with the new arrival,especially as black rhinos are known for being difficult to breed in captivity(圈养).

Paul Beer,head of rhino section at Port Lympne,said:“Obviously we're all absolutely delighted to welcome another calf to our black rhino family.She's healthy,strong and already eager to play and explore.Her mother,Solio, is a first-time mum and she is doing a fantastic job.It's still a little too cold for them to go out into the open,but as soon as the weather warms up,I have no doubt that the little one will be out and about exploring and playing every day.”

The adorable female calf is the second black rhino born this year at the reserve,but it is too early to tell if the calves will make good candidates to be returned to protected areas of the wild.The first rhino to be born at Port Lympne arrived on January 5 to first-time mother Kisima and weighed about 32kg.His mother, grandmother and great grandmother were all born at the reserve and still live there.

According to the World Wildlife Fund,the global black rhino population has dropped as low as 5500, giving the rhinos a“critically endangered”status.

4.Which of the following best describes the breeding programme?

5.What does Paul Beer say about the new-born rhino?

A.She loves staying with her mother.

C.She is in good condition

D. She is sensitive to heat.

6. What similar experience do Solio and Kisima have?

A.They had their first born in January

B. They enjoyed exploring new places

C.They lived with their grandmothers

D.They were brought to the reserve young.

7. What can be inferred about Port Lympne Reserve?

A.The rhino section will be open to the public.

B.It aims to control the number of the animals.

C.It will continue to work with the World Wildlife Fund.

D.Some of its rhinos may be sent to the protected wild areas.

When I was 9,we packed up our home in Los Angeles and arrived at Heathrow , London on a gray January morning.Everyone in the family settled quickly into the city except me.Without my beloved beaches and endless blue-sky days, I felt at a loss and out of place. Until I made a discovery.

Southbank, at an eastern bend in the Thames, is the center of British skateboarding,where the continuous crashing of skateboards left your head ringing.I loved it.I soon made friends with the local skaters. We spoke our own language.And my favorite:Safe. Safe meant cool. It meant hello.

It meant don't worry about it.Once,when trying a certain trick on the beam(横杆),I fell onto the stones,damaging a nerve in my hand,and Toby came over,helping me up:Safe,man.Safe.A few minutes later,when I landed the trick,my friends beat their boards loud,shouting:“Safe! Safe!

Safe!”And that's what mattered - landing tricks, being a good skater.

When I was 15,my family moved to Washington.I tried skateboarding there,but the locals were far less welcoming.Within a couple of years,I'd given it up.

When I returned to London in 2004,I found myself wandering down to Southbank,spending hours there.I've traveled back several times since,most recently this past spring.The day was

cold but clear;tourists and Londoners stopped to watch the skaters.Weaving(穿梭)among the

kids who rushed by on their boards,I found my way to the beam.Then a rail-thin teenager,in a

baggy white T-shirt,skidded(滑)up to the beam.He sat next to me.He seemed not to notice the

man next to him.But soon I caught a few of his glances.“I was a local here 20 years ago,”I told him.Then, slowly,he began to nod his head.“Safe,man. Safe.”

8.What can we learn about the author soon after he moved to London?A.He felt disappointed.B.He gave up his hobby.C.He liked the weather there.D. He had disagreements with his family.9.What do the underlined words “Safe! Safe! Safe!”probably mean?A.Be careful! B.Well done! C.No way! D.Don't worry!10.Why did the author like to spend time in Southbank when he returned to London?A.To join the skateboarding.B.To make new friends.C.To learn more tricks.D. To relive his childhood days.11.What message does the author seem to convey in the text?A.Children should learn a second languageB. Sport is necessary for children's health.C.Children need a sense of belongingD. Seeing the world is a must for children

Who is a genius? This question has greatly interested humankind for centuries.

Let's state clearly: Einstein was a genius,His face is almost the international symbol for

genius.But we want to go beyond one man and explore the nature of genius itself.Why is it that some people are so much more intelligent or creative than the rest of us? And who are they?

In the sciences and arts,those praised as geniuses were most often white men.of European origin .Perhaps this isnot a surprise. I's said that history is written by the victors,and those victors set the standards for admission to the genius club. When contributions were made by geniuses outside the club --- women,or people of a different color or belief ---they were unacknowledged and rejected by others.

A study recently published by Science found that as young as age six,girls are less likely than boys to say that members of their gender(性别) are "really, really smart" Even worse,the study found that girls act on that belief: Around age six they start to avoid activities said to be for children who are “really,really smart.”Can our planet afford to have any great thinkers become discouraged and give up?It doesn't take a genius to know the answer:absolutely not.

Here's the good news. In a wired world with constant global communication, we're all positioned to see flashes of genius wherever they appear. And the more we look,the more we will see that social factors(因 素)like gender,race,and class do not determine the appearance of genius. As a writer says,future geniuses come from those with "intelligence, creativity,perseverance(毅力),and simple good fortune,who are able to change the world.”

12.What does the author think of victors' standards for joining the genius club?A.They're unfair. B.They're conservative.C.They're objective. D. They're strict.

13. What can we infer about girls from the study in Science?A. They think themselves smart.B.They look up to great thinkers.C.They see gender differences earlier than boys.D. They are likely to be influenced by social beliefs.

14.Why are more geniuses known to the public?A.Improved global communication.B. Less discrimination against women.C.Acceptance of victors' concepts.D. Changes in people's social positions.

You keep hearing about recycling, right? But it doesn't end with bottles, cans, and paper. Clothing takes a huge amount of natural resources (资源) to make, and buying loads of new clothing (or throwing out old clothing) is not healthy for the environment. So what to do with all those perfectly-good-but-you 're-maybe-a-little-sick-of-them clothes piled on your bedroom floor? 16___. It's the best way to get rid of your used clothes, score clothes from your friends, and have a party all at the same time.

A successful swap depends on the selection of clothes, the organization of the event, and, obviously, how much fun is had. It's really easy to do! Here are a few pointers.

·Invite 5-10 people so you have a nice selection. 17___，and there may not be enough things to choose from; more than that, and it becomes uncontrollable.

·18___. They should also prepare plenty of reusable bags to carry their “new”clothes home.

·Put different types of clothing on different surfaces in the room. 19___. Place a few mirrors around your room so people can see how things look when they try them on. One of the ground rules of the swap should be that everyone must try on the clothes before they take them-things always look different when you put them on.

·Set a starting time.Maybe you say “go,” or turn on a certain song, or whatever. 20___.And don't forget to put out some cookies and fruits. Remember, it's a party!

A. Less people than thatB.Hold a clothing swapC.If two people are competingD. Just keep music playing throughoutE.Donate whatever clothes are left overF.Have everyone put their clothes in the right spotsG. Tell everyone to bring clean clothes in good condition

It's the seaside birds that deserve at least part of the blame for getting Nick Burchill blacklisted at the Fairmont Empress Hotel in Victoria, Canada.

That's when things went 29____"I remember walking down the long 30___and opening the door to my room to find an entire flock of seagulls."Burchill said in a recent letter of 31___to the 4-star hotel. "The seagulls immediately went 32___. They rushed to the window,30 or 40 birds all trying to 33___ at the same time,and pepperoni - everywhere.The curtains were falling down, the lamps were falling down, It was a real 34____."

Older and wiser now.Burchill chalked up the incident to youthful indiscretion(莽撞).

His letter 40___. Banned from the hotel since 2001, Burchill is now welcome to come back.the Fairmont said.

37.A. hands in pockets B. nose in the air C.hat in hand D.feet on the ground

The Xi'an City Wall is the most complete city wall that has survived China's long history. It 41___ (build) originally to protect the city 42___ the Tang dynasty and has now been completely restored (修复) . It is possible 43___(walk) or bike the entire 14 kilometers.

We accessed the wall through the South Gate.The wall is 12 meters high and from here you can see streams of people moving inside and outside the City Wall.

After 44____ (spend) some time looking at all the defensive equipment at the wall, we decided it was time for some action and what 45___ (good) than to ride on a piece of history!

We 46___ (hire) our bikes from the rental place at the South Gate. My bike was old and shaky 47___ did the job. It took us about 3 hours to go all 48___ way around the Xi'an City Wall.Supposedly you can do it in two hours,but we stopped at the different gates and 49____ (watchtower) to take pictures or just to watch the local people going about their 50____(day) routines.

Last week our teacher asked us to fill in a questionnaire.One of the questions are:Who will you go in times of trouble? Here are the results. Many students say they will talk to their friend or classmates because they're of the same age and can understand each other. Some will turn out to their parents or teachers for help. Only a little choose to deal with the problems on our own.Their answers also show that they dislike talk to others.They kept very much to themselves.In my opinion,where in trouble,we should seek help from those we trust mostly. 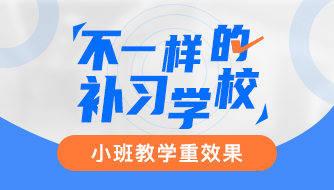 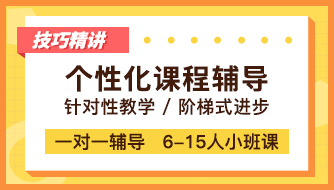 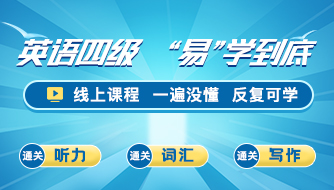 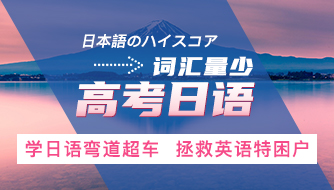